Meet the team behind the technology 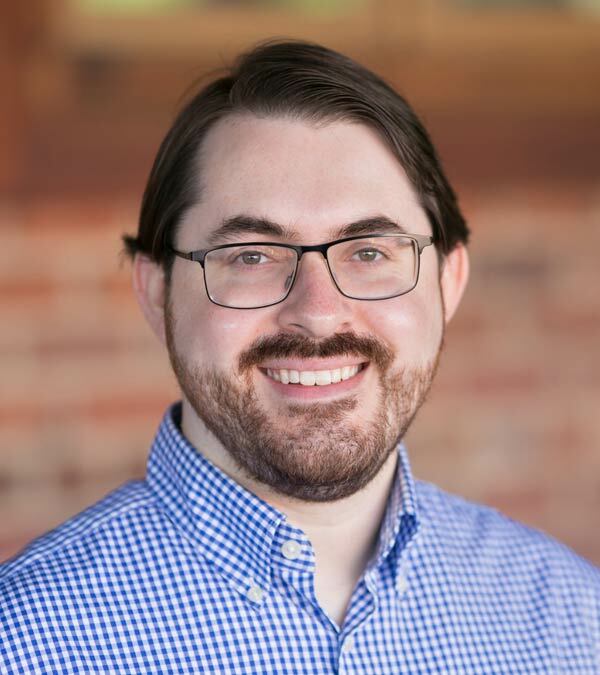 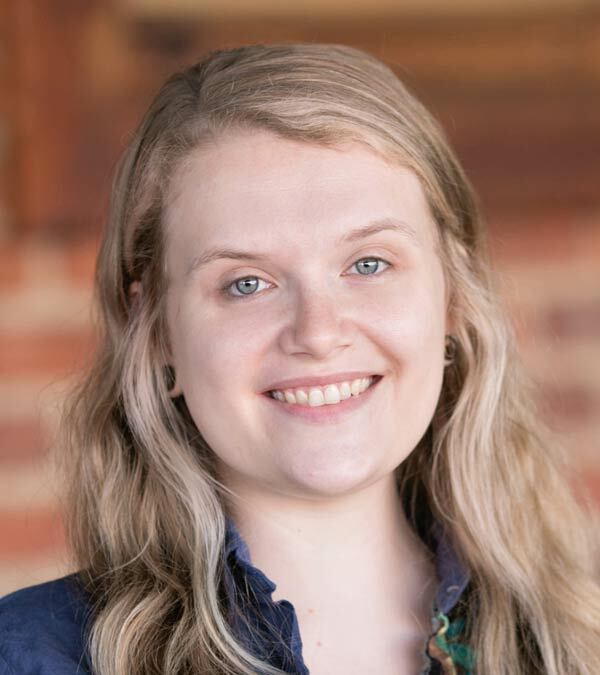 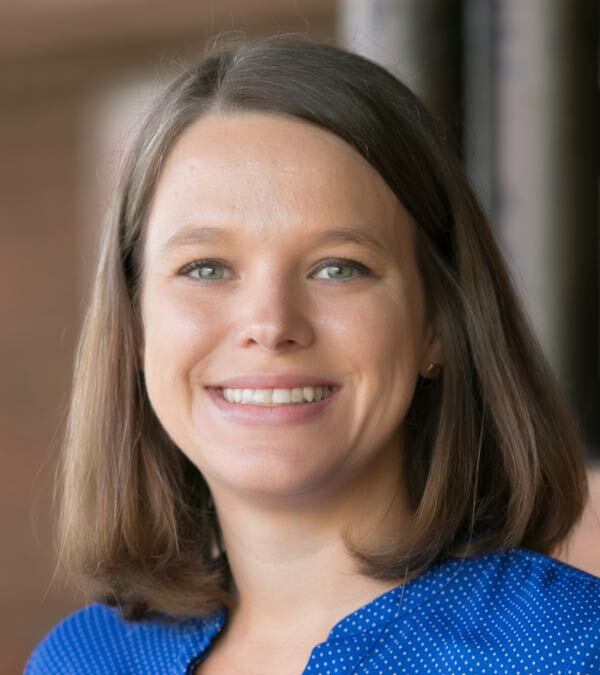 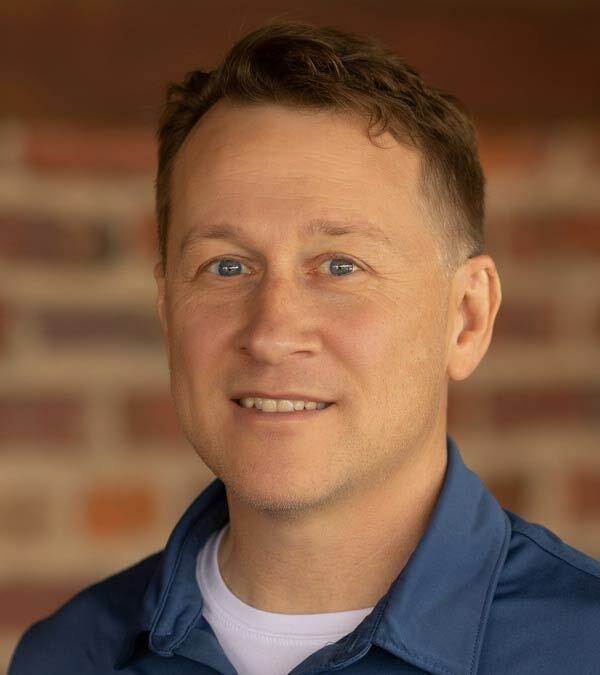 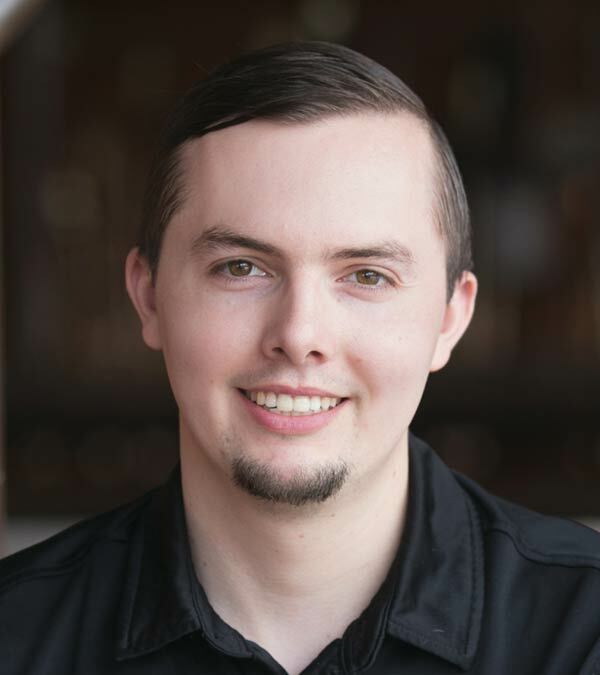 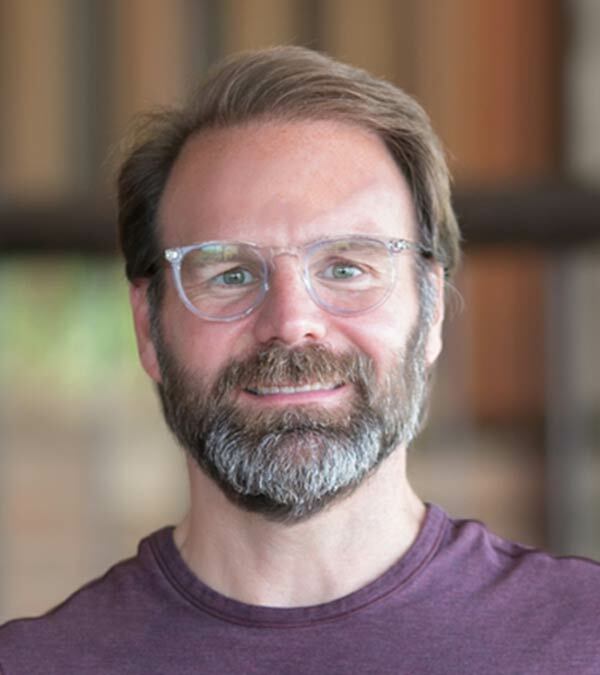 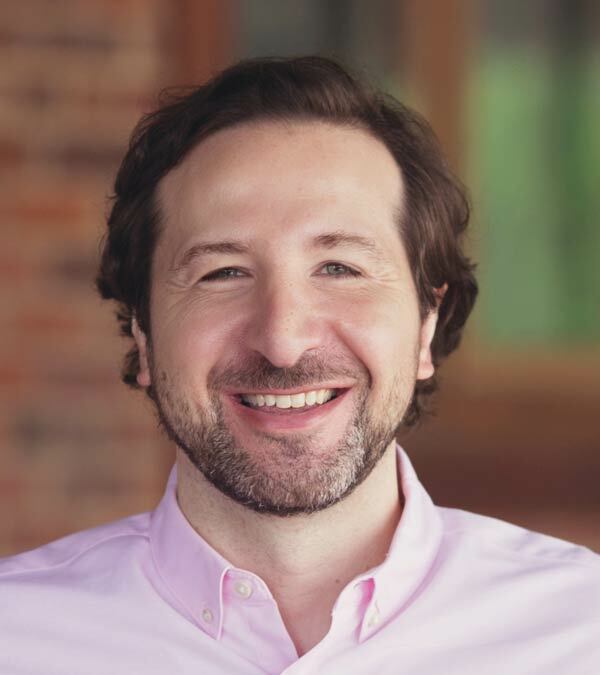 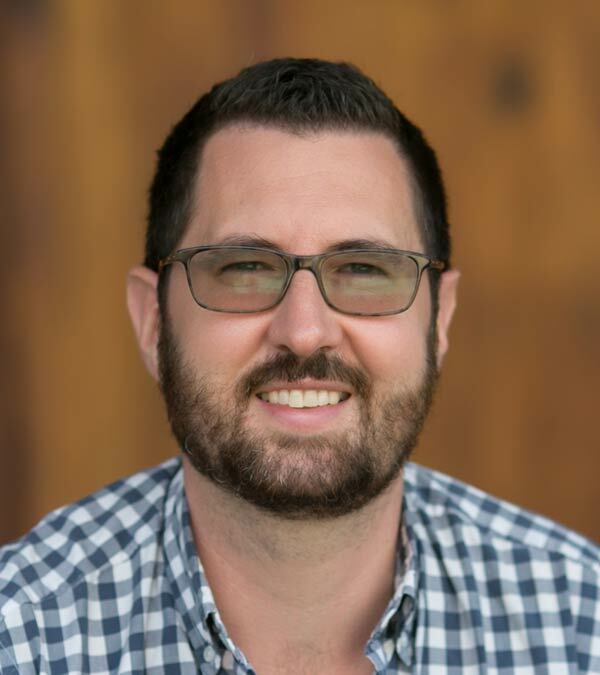 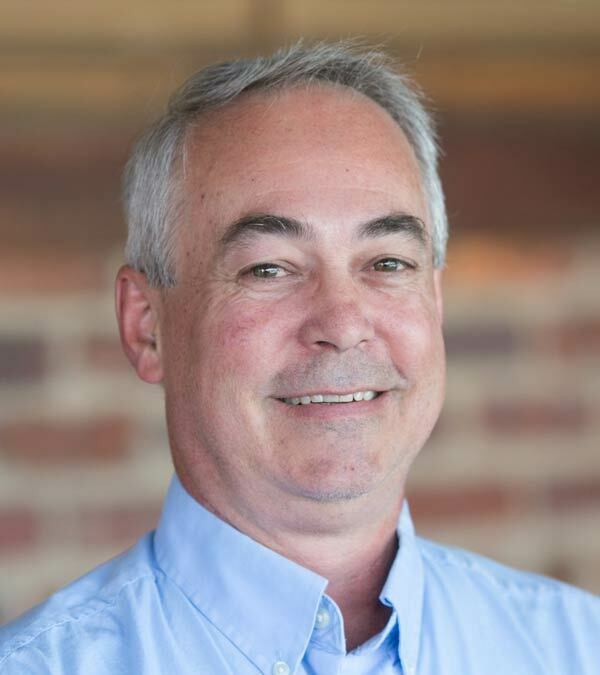 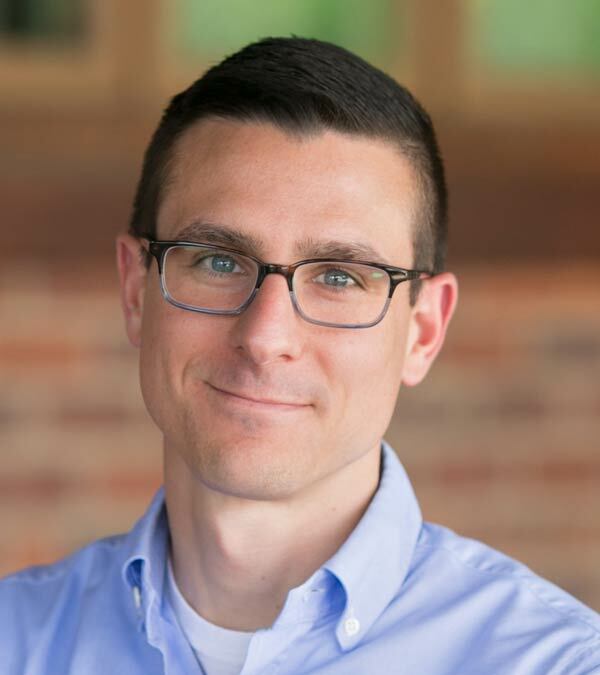 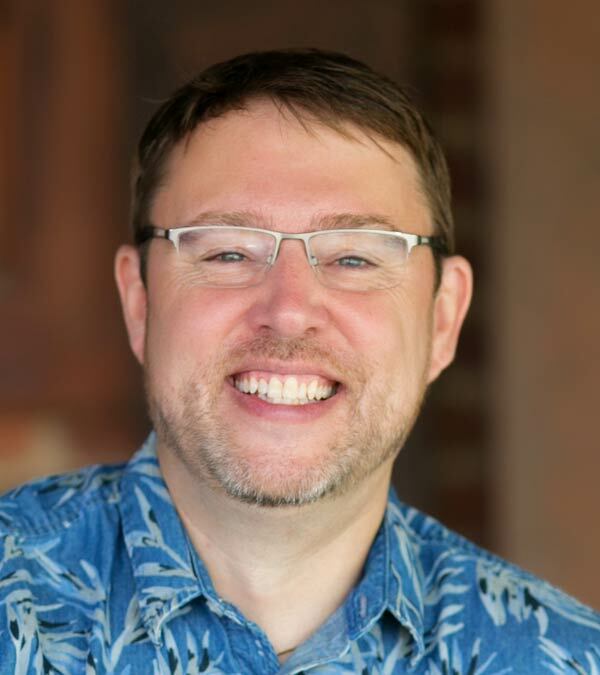 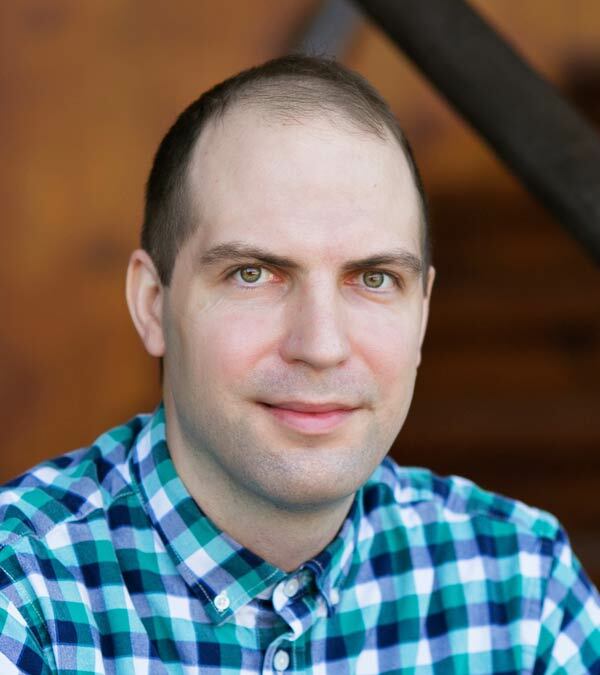 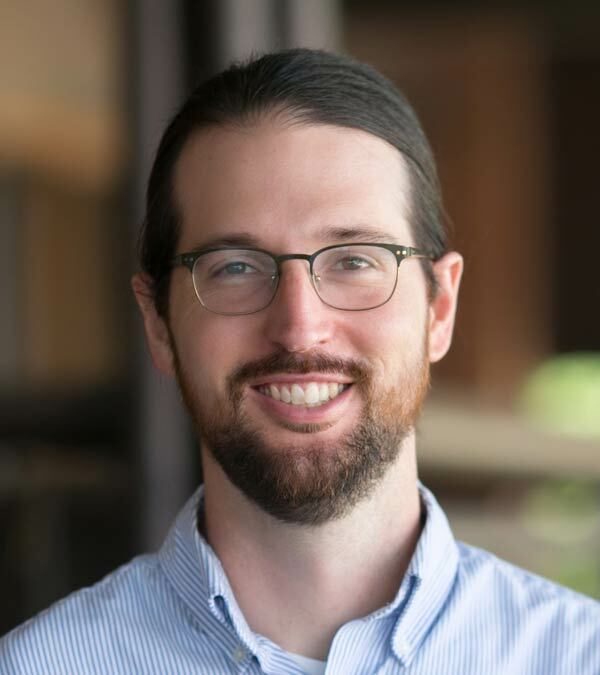 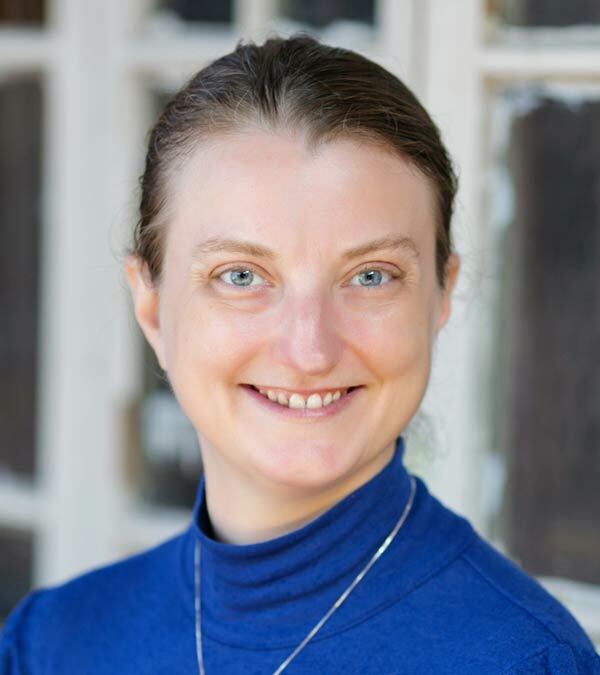 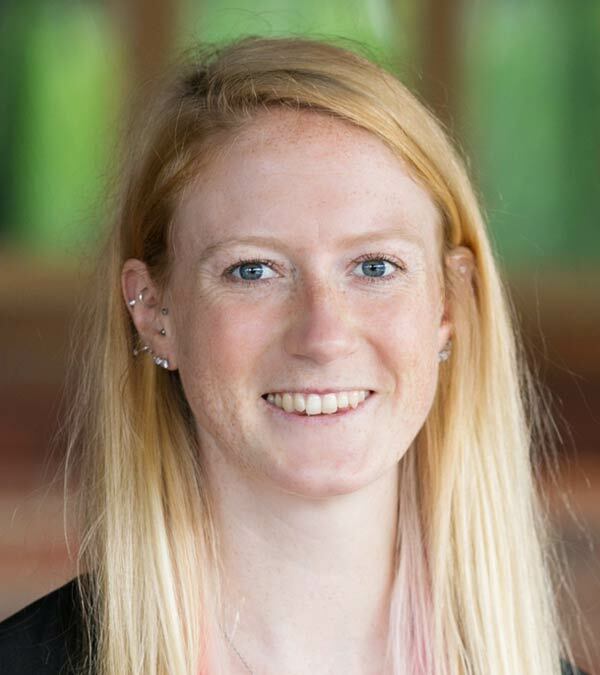 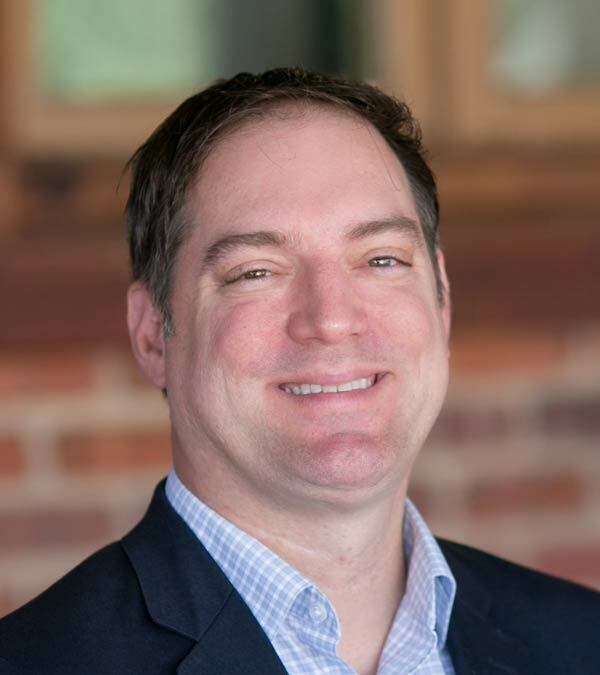 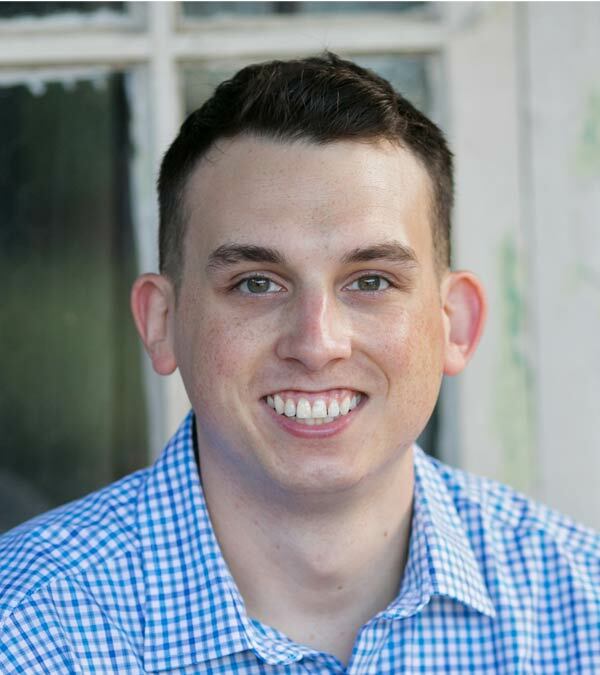 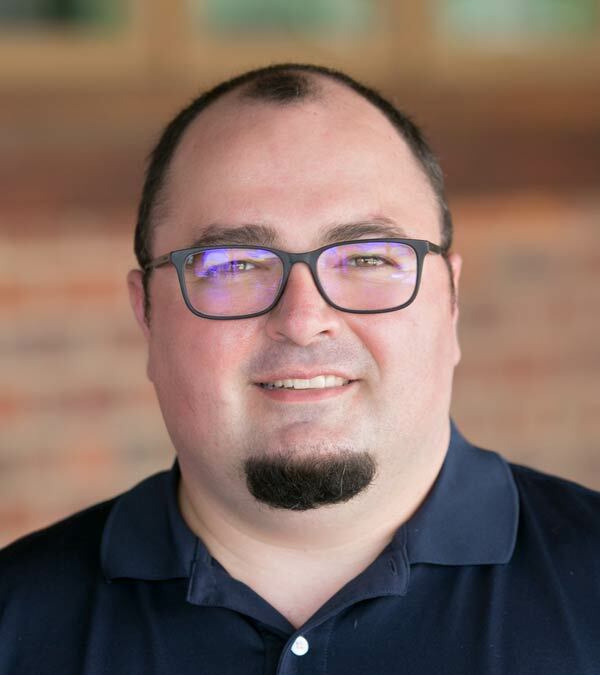 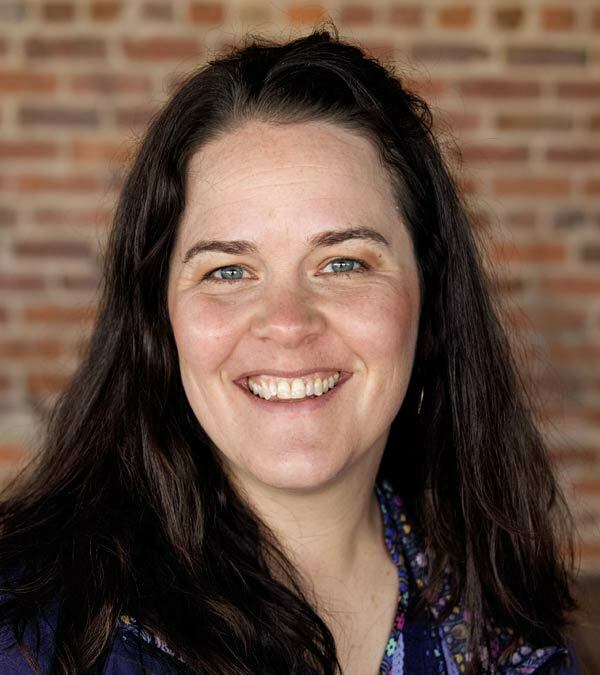 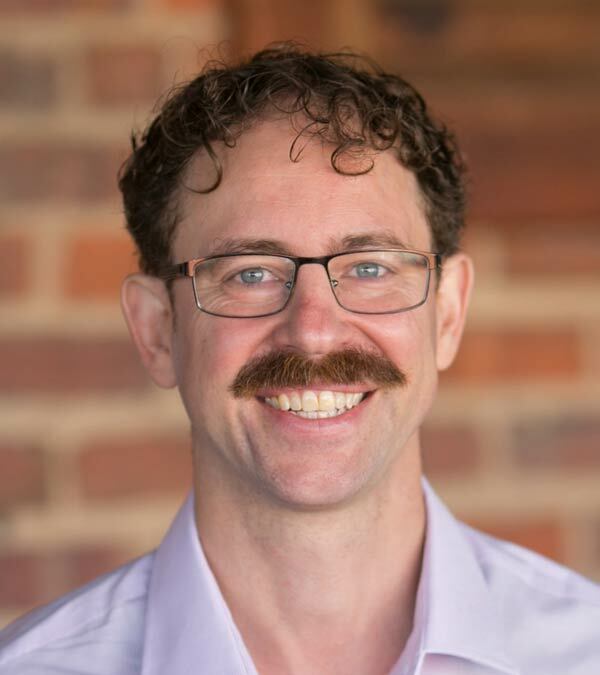 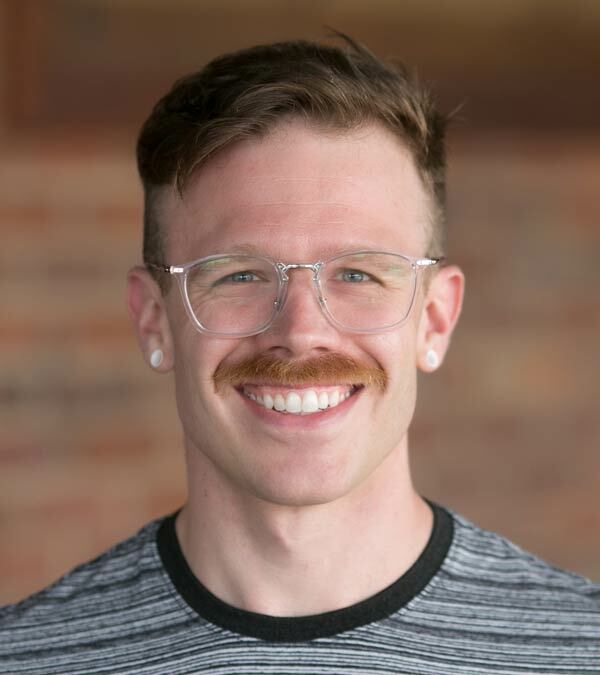 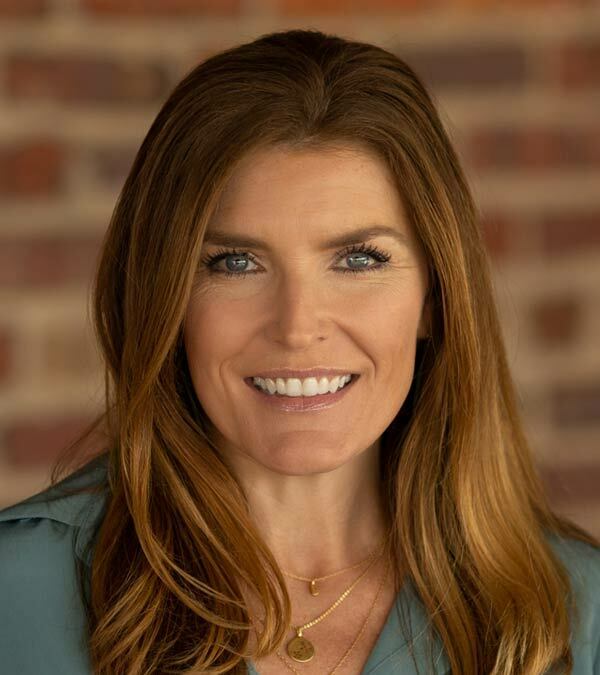 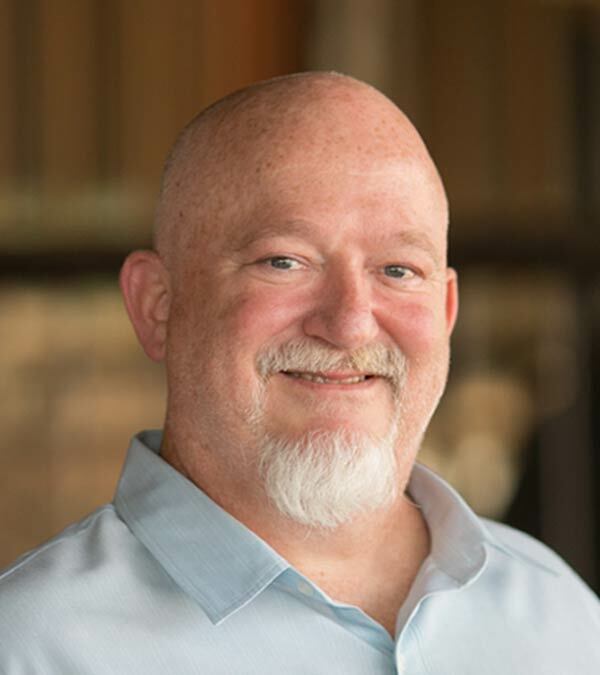 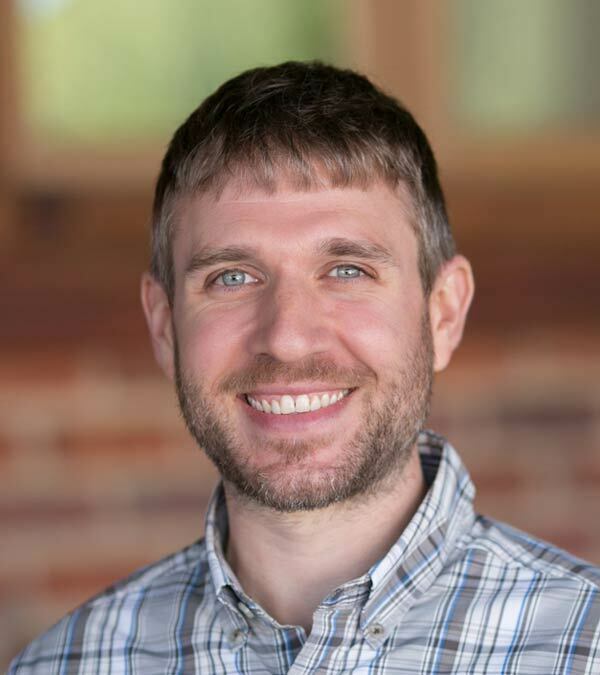 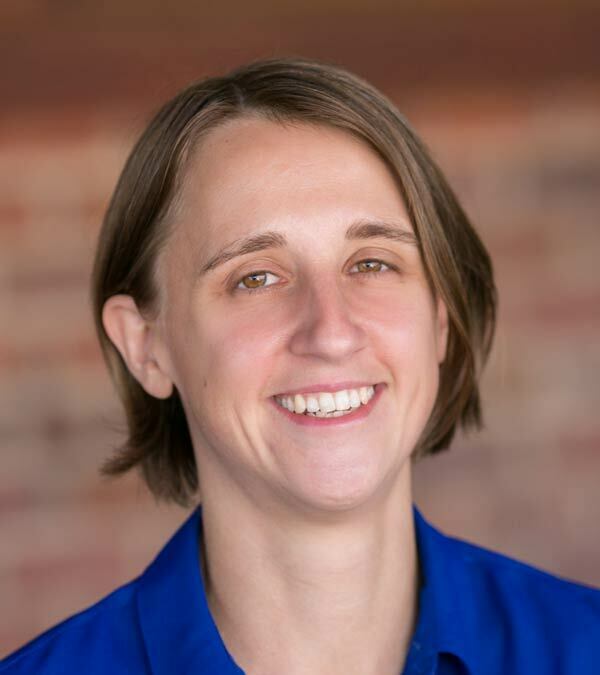 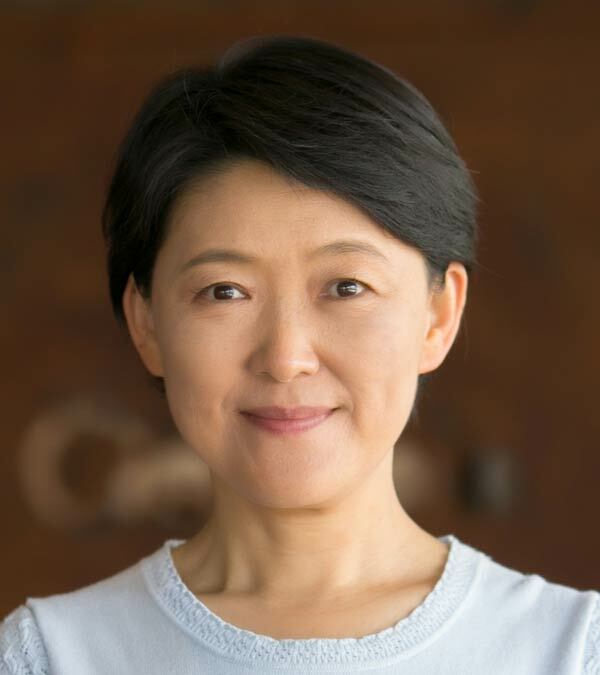 Earlier in his career, Mr. Cassidy served at Deloitte, one of the big four public accounting firms with a broad base of clients in the healthcare space. Mr. Cassidy is also a member of the board for Friends of Yale New Haven Children’s Hospital, a nonprofit organization that helps improve the health and well-being of pediatric patients and their families.

Mr. Cassidy holds an M.B.A. and B.S. from the University of Connecticut and is a Certified Public Accountant in the State of Connecticut.

John is our Chief Executive Officer (CEO). Prior to Oerth Bio™, John was CEO of AgTech Accelerator. There John built by a consortium of leading venture and industry strategic capital, the AgTech Accelerator team formed, launched, and operated impactful agtech startups. Prior to joining AgTech Accelerator, John served in multiple executive roles at Syngenta, spanning licensing, M&A, strategic planning, and general management across seeds and crop protection businesses. In addition to experience in the agriculture sector, John worked at Thomson Reuters and Northwest Airlines in operations, corporate development, M&A, and strategy roles. John earned a Bachelor of Arts in Financial Management from the University of St. Thomas and an MBA from the University of Notre Dame.

Jürgen Eckhardt is SVP and Global Head of Leaps by Bayer, the impact investment unit of Bayer. The mission of Leaps is to invest in breakthrough technologies and disruptive business models in the areas of healthcare and agriculture. Jürgen has been a venture investor since 2002 and currently serves on the board of Joyn Bio, Dewpoint, Century, Khloris, Oerth Bio, Immunitas, eGenesis, and others. Previously, Jürgen was a management consultant and Associate Partner with McKinsey & Co. and a member of McKinsey’s Healthcare Leadership Team. He began his career as a radiologist at the University Hospital of Basel, Switzerland. Jürgen received his M.D. from the University of Basel and his MBA from INSEAD in Fontainebleau, France.

Dr. Houston is President and Chief Executive Officer of Arvinas. Previously, he was the SVP of Specialty Discovery at Bristol-Myers Squibb (BMS). He spent more than 18 years at BMS in roles of increasing responsibility and had accountability for all Discovery Biology disease teams as well as various Discovery technology departments. He was also the site head of the BMS Connecticut facility. Dr. Houston was a member of the BMS R&D Executive Leadership team and chaired the Target Portfolio Committee which had governance oversight in the discovery space. With his teams and research colleagues, he progressed over 200 compounds into early development, several of which advanced into late stage clinical trials, and toward commercialization.

He was also the principal architect and driver of the ‘Leveraging Technology’ initiative at BMS which oversaw the design and implementation of an industry-leading integrated lead discovery and optimization process. This initiative created revolutionary changes in the discovery process at BMS with significant improvements in capacity, speed and cost control resulting in marked increases in research productivity and success rates.

Dr. Houston has over 30+ years of experience in the pharmaceutical industry. Prior to joining Bristol-Myers Squibb, he worked at Glaxo Welcome Research and Development in the UK, where he served as head of the Lead Discovery Unit.

Dr. Paul Bernasconi has over 25 years of experience in R&D. He is the owner of Bernasconi Consulting, Inc, a company active in the Agribusiness space. He is the part time COO of SOLASTA Bio, a spin-out of the University of Glasgow. As an Executive for BASF Biosciences in Research Triangle Park, Dr. Bernasconi led an international 120 scientist department responsible for all molecular biology and gene editing activities. Dr Bernasconi is a former director of BASF Crop Protection, in charge of the Insecticide biology and molecular biology. He was part of the team that developed Versys, an insecticide with a novel mode of action introduced in the market in 2018.

Dr. Bernasconi’s start-up experience includes a position of Director of Operations at Amphora Pharmaceuticals. He is also a former Director of Biochemistry at Syngenta, responsible for high throughput screening programs in herbicide, insecticide and fungicide discovery. While at Syngenta, he contributed to the commercialization of two herbicides and initiated the research on Dicamba tolerant soybean. He is the holder of over 12 patents in insect control, agrochemicals, microbiome manipulation and genome editing.

With more than 30 years of experience in the agricultural sector, Adrian Percy is an advocate of the need for and benefits of modern agriculture. He is also a strong proponent of the development and adoption of new agricultural and food technologies that support global food security while conserving the environment and supporting rural community development.

Adrian is the inaugural Executive Director of the Plant Sciences Initiative (PSI) at North Carolina State University as of November 1, 2021. The PSI aims to exploit inter-disciplinary science and technology through public private partnerships to advance the plant sciences to the benefit of growers, consumers, and other food chain stakeholders.

He also is a Venture Partner at Finistere Ventures LLC, a technology and life sciences venture capital investor, focused on transforming the food value chain. Adrian serves on the board of directors of BioLumic, HiFidelity Genetics, and Evogene. He is a member of the science and technology boards of Oerth Bio, Terramera, Biotalys and Rothamsted Research and hosts the AgTech360 podcast on behalf of NC State’s Center for Excellence in Regulatory Science in Agriculture (CERSA).

Prior to joining NC State, Adrian served as the Chief Technology Officer of UPL Ltd a major crop protection company that is a leader in global food systems. Prior, he was the Head of Research and Development for the Crop Science division of Bayer and part of their executive committee. In that role, he had responsibility for internal and open innovation activities in the areas of crop protection chemistry and biologicals, as well as seeds and traits. During his 25-year tenure at Bayer and its legacy companies, he also held numerous positions in agricultural research and development in France, Germany, and the United States.

John Salmeron is the Managing Director of S Research Partners LLC, a strategic consulting business working with agtech companies to maximize value from their R&D assets. John held research leadership positions at Syngenta, Intrexon and Precision Biosciences, in seed product development, genomics and genome editing. He was a member of the winning team for the Syngenta Purpose Award, for a novel approach to molecular marker discovery.

John earned his A.B. degree at Washington University in St. Louis, his Ph.D. at Duke University, and was a postdoctoral fellow at the University of California at Berkeley, where he isolated one of the first disease resistance genes from plants. He is a Project Management Professional as certified by the Project Management Institute.

Dr. Nitzan Shabek has over 15 years of research experience in the field of protein degradation and ubiquitin system in human and plants. He is a professor and principal investigator in the department of Plant Biology at the University of California, Davis.

Dr. Shabek earned his PhD in biochemistry with the mentorship of the Nobel Laurate, Dr. Aaron Ciechanover at the Technion-Israel Institute of Technology and has been an HHMI postdoctoral fellow in the University of Washington, Pharmacology Department.

Helmut is an agronomist with a PhD in agricultural sciences/weed science from the University of Hohenheim, Germany. As visiting scientist with the USDA in Texas, he worked on remote sensing related topics. Consultancies for the German GTZ on weed problems in agricultural production systems brought him to various countries in Africa, Asia and the Middle East.

In 1985 Helmut joined BASF by becoming Manager of the Agric. Research Station in Greenville, Mississippi. In 2003 the WSSA elected him as Honorary Member for his contributions to weed science with a global perspective. He also served as President of the EWRS.

A few years ago Helmut retired from BASF where he had been responsible for most of his 25 years of service for the discovery and development of new herbicides. In addition to this primary function he was appointed Director/VP of Global Development Agricultural Products.

After his retirement Helmut started his own firm “AgroField Consulting”. Most of his projects are related to agriculture and crop protection research, biologicals included. 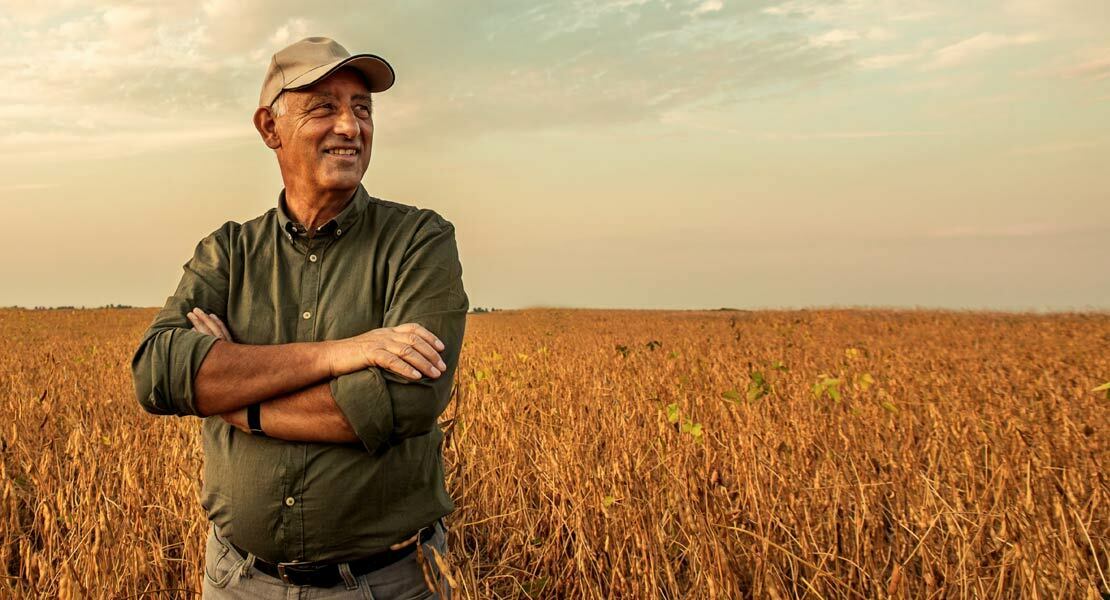 Nothing is more vital

Our goal is to do more than change the world. It’s to change it the right way. Our vision and values shape everything we do. 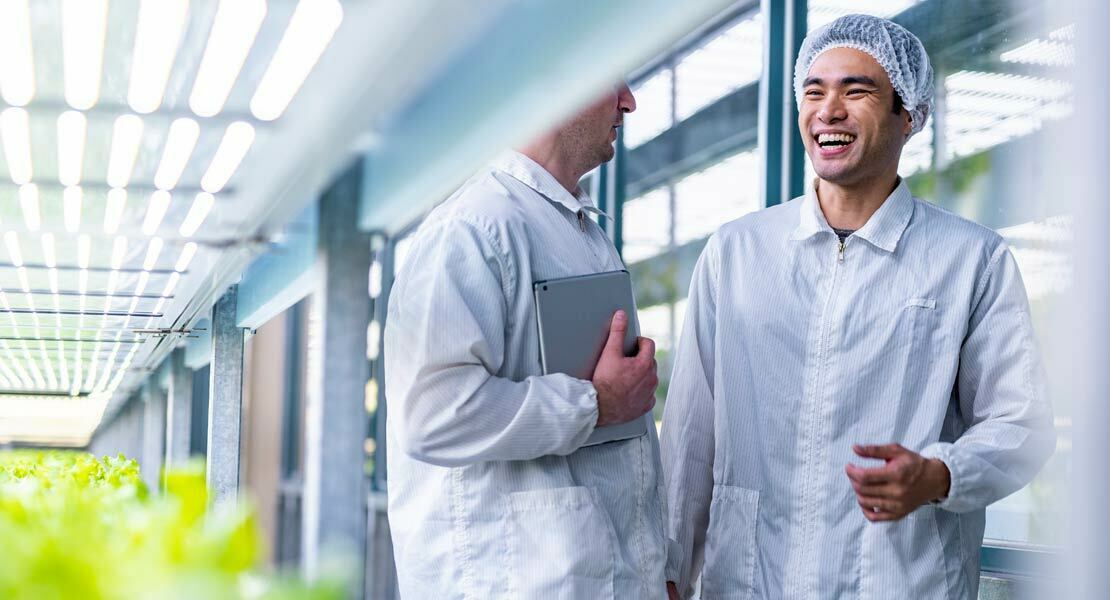 The best job on Oerth

Make a meaningful difference to science, to the global food system, and to your career.